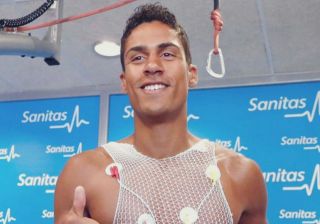 Raphael Varane has reportedly completed the second and final part of his medical at Manchester United, with the officially announcement delayed for at least another day.

Manchester United announced they had agreed a fee for Raphael Varane at the end of July but the deal was held up due to the France international needing to quarantine before undergoing a medical.

According to Italian transfer guru Fabrizio Romano, the World Cup-winner has now completed all the required tests and will soon sign his contract with the club – expected to run until June 2025, with the option of a further 12 months.

Raphaël Varane has successfully completed the second part of his medical and he’s now finally signing his contract until June 2025 [plus option until 2026] as new Manchester United player. 🔴 #MUFC

However, Manchester Evening News reporter Samuel Luckhurst explains there has been delay with an announcement pushed back until tomorrow.

Possible Varane announcement will be pushed back to tomorrow. Varane has done medical, posed for unveiling shots and done club media chat. Squad number believed to be previously unoccupied by a player. #mufc

Ole Gunnar Solskjaer will be hopeful that Varane is available on Saturday for the side’s Premier League opener against Leeds United.

He will also have Harry Maguire and Victor Lindelof available to pick from  defence, even if that puts fear into our minds…