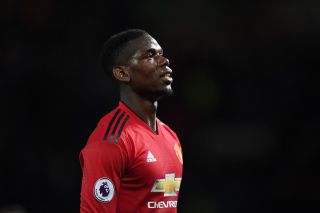 Juventus are preparing a £120m bid for Manchester United midfielder Paul Pogba, according a report in the Sunday Times.

The report claims the Old Lady want to sign Pogba as part of an ambitious plan to win the Champions League and establish their position as a commercial powerhouse.

This comes after the Frenchman’s agent Mino Raiola said the player is in the process of leaving the Reds.

“Everyone knows the willingness of Paul to move on,”Raiola told the Times, as quoted by the Evening Standard.

Despite United being aware of Pogba’s desires to leave Old Trafford, they are still set to resist any offers from interested clubs such as Real Madrid as well as Juve.

Moreover, the Sunday Times report claims manager Ole Gunnar Solskjaer still sees Pogba as a key part of his squad for next season. The World Cup winner, who recently publicly expressed his desire to leave during a commercial tour of Asia, is still expected to fly out with the rest of the squad to Perth tomorrow ahead of the pre-season tour.

Pogba’s determination to leave the club puts the Reds in a difficult position. United are said to value Pogba at over £120m, but surely if they get a suitable offer it is time to let the player go. There is little point in keeping a player going into the new season who clearly is not committed to the cause.