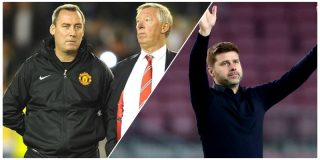 The Tottenham manager was asked during Tuesday’s press conference if he felt he was the perfect fit to manage United. He played it cool, as per The Guardian, and paid respect to José Mourinho, who was just after being sacked.

Most people around Old Trafford are of the view the club will go for Pochettino, however, not set in stone as it will take some convincing on United’s part as well as a hefty compensation package (£34 million according to The Times).

READ MORE: Pochettino says he ‘cannot answer this type of question’ about being perfect fit for Man Utd

Meulensteen considers the Argentine a “great candidate” with “a lot of pedigree in terms of knowing what the Premier League is about.”

Speaking to Sky Sports, as quoted by Manchester Evening News, Meulensteen explained his preference for giving Pochettino the United job at the end of the season: “He plays an attractive style of football, he brings young players through. He ticks a lot of boxes, again, it is a matter of being able to manage a club of that size, on and off the pitch. But I think somebody like Pochettino would be a good choice.”

Full of confidence, it’s a wonder Meulensteen didn’t throw his own hat in the ring but jokes aside it looks like we’re in for months of Pochettino speculation. Disrespectful as it may be to Spurs, still trying to meet their objectives for the season, this is being driven hard by the media more so than United.

Pochettino will continue to respect his employer and focus on the job at hand. His professional in England has never come under question.