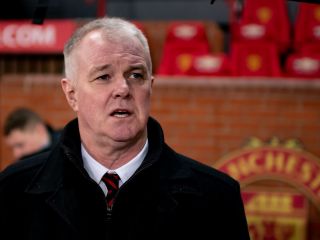 Former Manchester United defender Gary Pallister shares his views on the upcoming season and the problems that need to be addressed by new manager Erik ten Hag.

“You would be a fool to not back them [City and Liverpool] to be challenging for the title next season,” Pallister said.

“You look at Chelsea, Arsenal, Tottenham, can they really mount a challenge against them two? No. Can United? I think it would be a huge effort for them to do that, I don’t think that is going to be possible next year, Ten Hag has to go in there first and hopefully sort out the problems that were manifesting themselves last season.

“He has got to get everybody onside and find a new philosophy and take it from there. The dressing room is the first place that needs to be sorted if you listen to the rumours about it being disjoined and fractured.

“That needs to be sorted. Hopefully then you can bring in players with character and personality than can then help in that respect.”

“It is going to be an intriguing watch rebuilding Man Utd. That first team he puts out on the opening day of the season is going to be really telling,” Pallister added.

“There has got to be an improvement. I can’t say for sure they are going to be in the top four, I think the top four is open for Man Utd if they can get it right because they have good players.

“But we have to see that side all wanting to be successful together because without that unity, it’s probably not going to happen.”