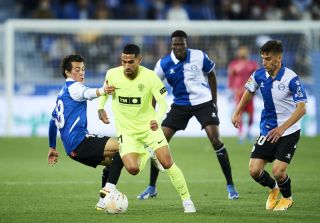 After struggling for minutes in an average La Liga side, questions are going to be asked whether he can have an impact next season under Erik ten Hag. That should be a significant step up for the player.

That said, Pellistri has still managed to become a regular in the Uruguay side and is likely to be part of their World Cup squad later this year – regardless of the minutes he gets on the pitch between now and then.

Speaking to Grand Hotel Calciomercato, Pellistri’s agent Agustin Alvarez gave a positive update on the youngster’s future: “Pellistri has a contract until 2026.

“He will make the pre-season retreat with Manchester United and will take part in the tour in Asia. Erik ten Hag will decide, if he will stay or if he will be loaned out.

“In the latter case we have several possibilities between England, Italy and Portugal thanks also to the performance we had with the national team.”

Pellistri has yet to make his senior debut in a Manchester United shirt but we are sure to see him get a chance on the pre-season tour this summer.

In terms of a move away from Old Trafford, Pellistri could do with a fresh start in a country like Italy or Portugal, but we’ll have to wait and see who wants him next season.

Let us know in the comments section if you think United keep Pellistri next season? He will be competing with Amad Diallo to impress the manager on tour, but I don’t think both of them will be part of Ten Hag’s immediate plans.