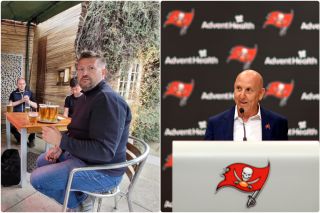 It’s impossible not to have trust issues as a Manchester United fan.

The club we love was drained of it’s proud identity following a debt-ridden takeover in 2005, which came as a result of a row over horse semen, and now we are stuck with greedy owners who continue to leach money from England’s biggest football club that has sunk like some modern titanic ship.

Even when their attempt to introduce a European Super League failed, I was already waiting for the next slap in the face from the Glazer family because they are only sticking around for one thing and that is not to see Manchester United win the Premier League again.

Joel Glazer made a bunch of false promises after the ESL, too. How far are they on their apparent journey to improve communication with fans? Us. The ‘customers’ they lie to time and time again.

I’ve heard some say the lack of communication between the club and its supporters was a major problem during the Ed Woodward circus, but it was undoubtedly worse post-takeover when David Gill was chief executive.

There’s constant anger being fuelled by the Glazers, but Richard Arnold is now the most visible target following Woodward’s exit in February. That led to a small group of fans organising a protest outside the new chief executive’s home on Saturday afternoon.

Manchester United chief Richard Arnold has admitted the club 'burned through cash' and last season as a 'nightmare'. pic.twitter.com/GvDmgz4iOI

Arnold had received advanced notice of the protest from someone working in the Cheshire pub, where the fans arrived for some pre-drinks, and took it upon himself to meet them before a demonstration took place at his home.

To get to the point (or pint for our new chief executive’s sake), I think Arnold made the right decision to meet with the group fans on Saturday, but I take most things he said with a pinch of salt. It’s completely up to you if you want to believe one of another Glazer scrooge, who seems to forget he played a key role in some of the shocking decisions we’ve seen made by the club in recent years.

Arnold was at his performative best when he aimed a subtle dig at Woodward by promising the fans he bought pints for that he was not involved in signing players. I’m sure that went down well.

One small token gesture to keep a few fans quiet until the season starts. Hurray! It won’t be long before they want to protest outside his house again though, right?

Don’t forget this man has been at the club for over a decade — and, like he predecessor, is being made wait for Joel’s green light in Tampa when it comes to every decision.

This was Arnold’s first moment in the spotlight as chief executive and people have different opinions on it.

Of course, he’s ‘new’ to the role and some feel he deserves a chance to get things right. But, ultimately, the sooner the Glazers realise that United need to start operating like a football club the better.

There is very little Arnold can change unless the Glazers change.

United must also learn that dressing room leaks have always been a thing — not just at Old Trafford but all of the top clubs across the continent. They could manage the situation in the public eye better by not throwing accusations around because they will find that information was coming from every corner of that room last season!

It really doesn’t help that the mood around the club reached a new low last year and a number of these suits need to take some responsibility for that.