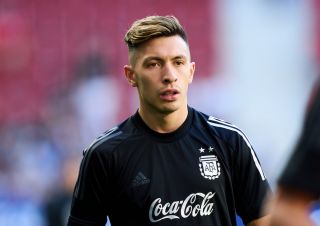 Erik ten Hag has shown signs of wanting to raid Ajax this summer, with Jurrien Timber and Antony among those to have been heavily linked with a move to Old Trafford.

Now, another star from the Amsterdam club has been paired with a move, with central defender Lisandro Martinez becoming the latest figure tipped to follow Ten Hag.

The Argentina international is believed to be on Arsenal’s radar but the latest reports suggest that United are now ready to hijack the deal, with the London club fearing that there is genuine interest from the Reds.

That’s according to The Mirror, who add that United have moved on to Martinez after being rejected by Timber. As per the report, Arsenal have had a £25m bid for Martinez rejected, leaving Mikel Arteta’s side fearing that United could now move ahead of them in the race to sign the 24-year-old.

SN’s verdict…
United are clearly focusing on midfield reinforcements this summer but focus must also be placed on patching up their leaky defence, with the 57 Premier League goals conceded last season being their highest ever in a single campaign.

Martinez knows Ten Hag well and his versatility is useful. Under United’s new manager, he played at left-back, in midfield but mostly at centre-back.

Raphael Varane and Harry Maguire remain United’s first-choice partnership but Ten Hag will be desperate to add more competition, with Victor Lindelof being the only player challenging them as things stand.