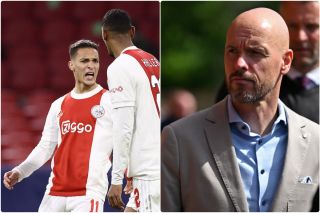 We have seen other Premier League clubs make multiple signings but Manchester United have yet to announce their first arrival of the summer.

John Murtough and the rest of United’s recruitment team will need to speed up the process in order to deliver Erik ten Hag’s demands, with the Manchester Evening News suggesting the Dutchman is targeting five signings before the transfer window shuts.

That would suggest we will see movement in the market pretty soon but it also raises doubt over whether we will have all of our signings – or any of them – before the first match of the pre-season tour against Liverpool on July 12.

We already know that the primary target this summer is Barcelona midfielder Frenkie de Jong and Fabrizio Romano says a fresh bid will be put on the table in the coming days for the Netherlands international.

The MEN adds that Ten Hag earmarked Jurrien Timber as his prime defensive target and wants to sign his Ajax teammate, Antony, as well as Christian Eriksen.

And, finally, we left the best potential signing until last… a back-up goalkeeper.

Karl Dawlow and Daniel Bachmann are the names under consideration.

The report adds that United are out of the race to sign Leeds United midfielder Kalvin Philips.

We’ll see over time how the rebuild goes, but I’m convinced something isn’t right at United (not that it hasn’t been a disgrace since the Glazer’s debt-ridden takeover in 2005).

Has the money waterfall gone dry with sponsors scared about when fans will act next?