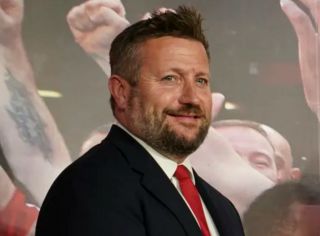 Manchester United chief executive Richard Arnold met with fans in Cheshire pub over the weekend after they had planned a protest outside his house.

Former Liverpool defender Jamie Carragher credited Arnold for listening to the issues that fans have by meeting them face-to-face, although he gave his view that such encounters are rare nowadays because of social media.

Arnold held a frank discussion with them but wasn’t fully aware that he was being recorded at the time.

In response to the meeting, a Manchester United spokesperson said: “Richard heard that a group of fans had gathered in a pub near his house.

“He went to meet them, bought them all a drink, listened to their views, and explained what the club is doing to deliver success on the pitch, improve the stadium, and strengthen engagement with fans.”