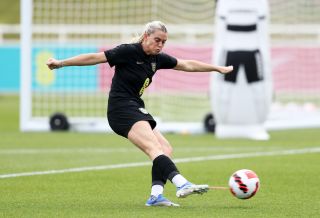 Manchester United are working with smaller transfer kitty than at least five WSL clubs as Marc Skinner attempts to strengthen the women’s team ahead of next season.

That’s according to a BBC Sport report about England international Alessia Russo turning down an offer to extend his contract at United.

Russo has a year remaining on her contract and is not believed to be in talks with other clubs, so United must decide whether to cash in or make another enquiry as to what terms she wants in her next deal.

It would be a huge blow to Skinner if he lost a player, aged 23, who scored nine goals in 22 Women’s Super League appearances last season.

Emma Sanders writes: “Russo is expected to play the 2022-23 WSL campaign at United but could leave on a free transfer next summer if agreements over a new deal are not agreed.”

The women’s team finished fourth in the WSL last season and it sounds like the club are cutting more corners in the transfer window.

Not just with the men’s team – but the women’s side too!

Meanwhile, the report suggests that United may have to fight off interest for players like Ona Batlle and Jackie Groenen.