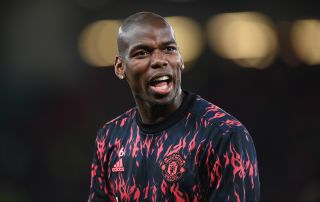 Paul Pogba is set to leave Manchester United at the end of this month, with the Frenchman running down his contract to leave on a free transfer for the second time in a decade. The 29-year-old is closing in on a return to Juventus but is contracted at United until June 30.

Ahead of the announcement of his move to Italy, Pogba partnered up with Amazon Prime Video to release his new documentary – The Pogmentary.

The five-episode-long story follows the Frenchman’s career and upbringing and it includes several anecdotes of his six years at United, including his exit.

Speaking on the documentary, he has now hit out at United for waiting too long to offer him a new contract, which is believed to have been a major factor in his departure.

“My thought process is to show Manchester (United) that they made a mistake in waiting to give me a contract,” he says, according to The Athletic.

“And to show other clubs that Manchester had made a mistake in not offering me a contract.”

SN’s verdict…
When Pogba’s departure was confirmed earlier this month, many would have thought that was the end of it and you were unlikely to hear any more of it. Those people were wrong.

It’s never the end of it with Pogba and he will, most likely, keep sending digs even when his move to Juventus has been confirmed. In truth, his disappointing six-year stint at Old Trafford has two culprits, as opposed to just the club.

Pogba has been underwhelming for nearly all six seasons and has not had one single consistent campaign. At 29, the club was right in not offering him a huge contract.