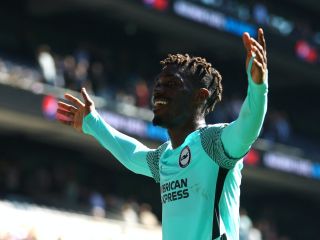 A number of Manchester United fans have been left baffled that the club made no moves to sign Yves Bissouma.

The Red Devils have been linked with plenty of names this summer, including Frenkie de Jong, but Mali international has not featured in many United-related reports this summer.

On Tuesday, however, Tottenham Hotspur agreed a deal worth in the region of £25m with Brighton & Hove Albion for Bissouma, as per The Times.

Erik ten Hag needs to add several signings to rebuild the United squad and while Bissouma is talented, it’s probably not the wisest idea to sign a player who is awaiting the outcome of a police investigation after being arrested under suspicion of sexual assault in Brighton last October.

That’s just my view on the matter – but a lot of Reds on Twitter seem to think United missed a trick not signing Bissouma.

They took to social media by the masses to vent their frustrations at Spurs signing Bissouma.