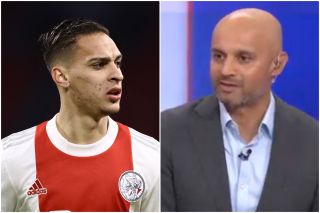 Sky Sports reporter Dharmesh Sheth has given a run down of Manchester United’s latest transfer news as of Tuesday, June 14.

The Red Devils have yet to add to their squad after having an initial bid rejected for Frenkie de Jong.

Sheth stresses that United will not pay over the odds for De Jong, but everyone is optimistic a deal can be agreed between the two clubs, with Barcelona trying to raise funds to balance the books.

Could Frenkie de Jong be coming to the Premier League? 🤔

The reporter also says that United have opened talks with Ajax over right winger Antony.

On top of that, the club has made an offer to sign free agent Christian Eriken.

What do United need in the transfer window? Let us know in the comments section.