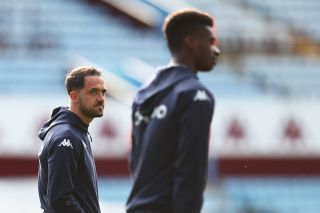 Contrary to what has been reported elsewhere, Danny Ings has not been offered to Manchester United.

The Sunday Express cites claims from 90min that suggest Manchester United had been offered an opportunity to sign the Aston Villa striker, with Arsenal also keen on a move for the player.

The report claims that the Premier League club are reportedly willing to let him leave and they have earmarked United as a potential suitor.

However, after doing a bit of digging this afternoon, we don’t believe there is anything of interest to United fans in this report, which has sparked a lot of interest across social media.

Stretty News understands that Ings has not been offered to United this summer.

While the English striker was considered an opinion in the past (one that didn’t feature very high on United’s list), it doesn’t look like we will be moving for him this summer.

At 29, I think United should be looking at younger strikers and think long-term.

This is likely to be Ronaldo’s last season at the club and we can’t rely on him forever.

Let us know in the comments section if you think Ings would be a good back-up option for United?