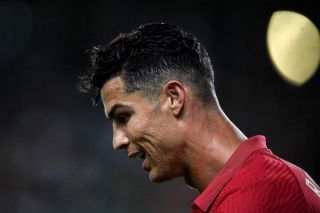 Manchester United star Cristiano Ronaldo was accused of sexual assault in 2009, thirteen years ago, but a judge has now dismissed the case.

Ronaldo has always strongly denied the allegations and the case has now been settled by a federal judge, who claims the lawsuit against Ronaldo should no proceed because Kathryn Mayorga’s lawyer tainted the process by relying on hacked documents, as per The Athletic.

Another court hearing has been scheduled for June 14th, with a Nevada state court considering media requests to receive the Las Vegas Metro Police Department (LVMPD) file on Ronaldo, but the latest news will still come as a relief to Ronaldo and his close ones.

Mayorga alleges that Ronaldo sexually assaulted her at the Palms Casino in Las Vegas on June 13, 2009, but the LVMPD did not pursue the case. This led to Ronaldo and Mayorga’s parties agreeing on a settlement in 2010 – but at this point, the allegations were not in the public domain.

However, it only hit the mainstream media in 2017 when German news outlet Der Spiegel published an article on the alleged sexual assault, including details on the settlement agreement.

Ronaldo’s legal team were later accused of pressuring Mayorga to sign the settlement.

More on the case when we have it.