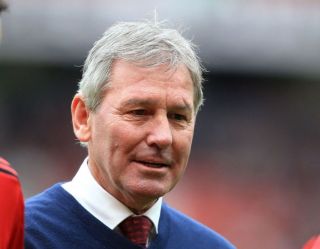 Bryan Robson would like to see a shift in transfer strategy this summer by urging new manager Erik ten Hag to add “more physical” players to the Manchester United squad.

This is something Ralf Rangnick touched on when assessing the squad towards the end of the season (via Metro), and it was clear to see throughout the season that players at lesser teams were willing to go that extra mile.

United have few physical players and the squad is heavy when it comes to technical players. Erik ten Hag will be expected to strike a balance over the coming years, but it will take time unless United can speed up their transfer dealings.

There’s a lot of talk about Barcelona midfielder Frenkie de Jong joining this summer. While he is not the defensive midfielder Ten Hag should be demanding ahead of the new season, the Netherlands international is an incredible player who he could easily build the team around.

We don’t create enough chances from deep positions and De Jong could help United in that department.

Paul Pogba, Jesse Lingard, Juan Mata and Nemanja Matic are among 11 players set to leave the club as free agents. Then we should see a shift towards adding to Ten Hag’s squad, with the 52-year-old reportedly interested in a number of players he previously managed at Ajax.

Barcelona have already rejected an offer for De Jong, however, we suspect United will make a fresh bid in the near future. The Red Devils are also linked with a move for 20-year-old defender Jurrien Timber.

With United looking to do business this summer, club legend Bryan Robson hopes to see more resilience from the team next season.

“It is going to be an interesting summer. That is for sure,” Robson told World Football Index. “We’ve got a fair few players that are out of contract and leaving the football club this summer so they’ll have to be replaced for starters.

“Erik will then want to start building his own squad. I am interested to see how he sets the team up, who he brings in and how we go next season. I think the club could do with a couple of more physical players this summer to boost the squad.”

When asked if he was encouraged by Ten Hag arriving early to start work at United, he added: “I am, and I think the players will be pleased about that as well. I am sure that he’ll have conversations with them as soon as possible to gauge how this season has gone and why it’s gone that way.

“The players will also want to understand what he is about and what his plans are for the club during his time in charge. I wish him all the best and look forward to watching his Manchester United team next season as I am sure the fans are too.”

Let us know in the comments section which physical players you think would make a positive difference at United? Unfortunately, it seems like the boat has sailed on Aurelien Tchouameni.