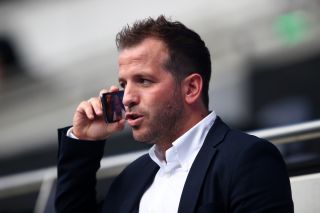 Frenkie de Jong has emerged as Manchester United’s top priority this summer, with the latest update on the club’s pursuit of the Netherlands international hinting that a move is going in the right direction.

Earlier on Friday, United were handed a boost after it was claimed that De Jong had privately indicated that a move to Old Trafford was appealing. Those suggestions were swiftly followed by claims that United are increasingly confident of landing the former Ajax star.

“That is of course the most ideal. Then you have a trainer who knows exactly what you can and cannot do,” Van der Vaart told Ziggo Sport, via The Metro, when quizzed on a potential reunion between the pair.

“There are players who can do the same and maybe be better than you or have performed more. As long as those other players are there, he is out of place at Barcelona. At United he could play more like with the Dutch national team. Then he’s the only one of his kind.”

SN’s verdict…
It’s unlikely that we’ve heard the end of this saga just yet, despite initial reports being positive from a Manchester United perspective. As we’ve learned in the not-too-distant past, United have a tendency to needlessly dragging transfers out for a prolonged period.

Ten Hag will, however, hope for a swift resolution as pre-season is just over two weeks away. The United squad will meet up again on June 27, with players taking part in international fixtures expected to return in July.

Should United complete a deal to sign De Jong, he will fall into the latter category, having starred for the Netherlands in their UEFA Nations League fixtures this month.