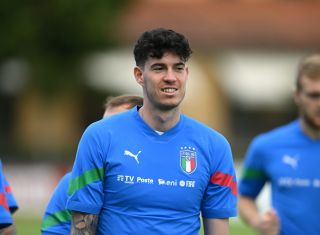 Although Brown’s preferred platform for sharing information is his podcast, Beyond the Pitch, he is a United fan who cares dearly about the club.

Sometimes he shares information about the club that angers him – like it might do to our readers – and we find that he is usually spot on when it comes to news surrounding the club.

The latest video about United’s transfer situation looks at a few different players.

For starters, there is no change in the De Jong situation but United remain optimistic about getting a deal over the line.

Brown stresses that it would take Erik ten Hag a mere 10 seconds to find out whether the Barcelona midfielder would be interested in a switch to Old Trafford. Furthermore, United wouldn’t waste time bidding for a player if he did not want to come in the first place.

“I still believe De Jong is interested in a move to Manchester United,” Brown says via Twitter.

United will not get into a bidding war over Darwin Nunez.

To conclude, Brown rubbished claims that United are looking at Alessandro Bastoni. The player’s agent backed that up in a recent interview with reporters outside Inter Milan’s headquarters.

Let us know in the comments section how you are feeling about United in the transfer window this summer?