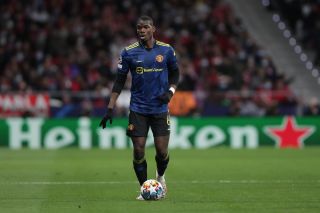 Paul Pogba is living out his final few weeks as a Manchester United player, with his departure confirmed earlier this month. The 29-year-old will leave upon the expiry of his contract at the end of June.

Pogba’s six years at United since sealing his sensational return to the club have, for the most part, been disappointing. The France international has shone in bursts, with his three-month-long purple patch after Ole Gunnar Solskjaer’s appointment being his best period.

Some of Europe’s biggest clubs are believed to be in the running to sign the Frenchman but according to journalist and transfer specialist Fabrizio Romano, Juventus are closing in on a deal to bring him back to Turin.

As per the report, Juventus are working to seal Pogba’s return and are looking to complete the deal in the next few days. Talks are understood to be progressing with his agent, Rafaela Pimenta, and his move back to the Serie A is now considered a matter of time.

SN’s verdict…
A large section of Manchester United’s support will be happy to see the back of Pogba and the circus that comes with him. The exaggerated PR stunts and cryptic social media messages are one of the biggest reasons his relationship with supporters was fractured throughout his six-year deal.

Solskjaer managed to get a tune out of Pogba more than any of the other managers but overall, his return to United will be remembered as a failed experiment rather than a fairytale reunion.

At 29, the next contract Pogba signs is likely to be his last one and earlier on Friday, there were suggestions that Zinedine Zidane’s arrival at Paris Saint-Germain could tip the scales in the Parisians’ favour.

Regardless, Pogba’s contract at United runs out in 21 days and with the tiniest bit of luck, a move will be announced before then and his time at United officially comes to an end.