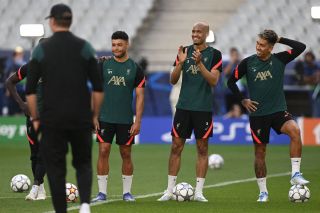 It’s rare that a player switches between Manchester United and Liverpool.

In fact, it has been 58 years since the two rivals successfully negotiated a transfer.

The last player to be directly transferred between the two clubs was Phil Chisnall, who began his career with Manchester United, scoring 10 goals in 47 appearances, before joining Liverpool for £25,000 in 1964.

As reported by Alex Cook from talkSPORT, the Red Devils are contemplating a surprise move for Liverpool midfielder Alex Oxlade-Chamberlain.

“If Liverpool are willing to accept a knockdown fee of £10m, the Red Devils would be seriously interested in bringing Oxlade-Chamberlain across the north west.”

While this doesn’t exactly excite us, United are believed to be looking at the player along with the intention of prizing him away from Anfield for just £10m.

Chamberlain could be looking for a move in order to get more game time at a Premier League club, but I’m not sure signing players who struggle to make the Liverpool team is the way forward.

United should be wary that the former Arsenal star has had bad injuries and at 28-years-old, it sounds like he has already played his best football.

The player will be left with the final decision if the two clubs want to do a deal.

Let us know what you would think about signing Oxlade-Chamberlain this summer?