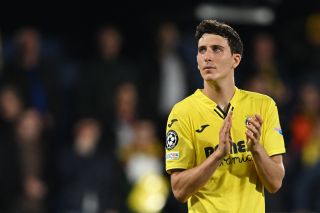 Harry Maguire and Raphael Varane are the only centre-backs to be signed by Manchester United since 2017 but that is likely to change this summer, with the defence identified as one of the areas in need of strengthening.

Jurrien Timber has been strongly linked with a move to United but interest in Villarreal defender Pau Torres dates back to last year and according to reports, the Reds are now favourites to land him this year.

That’s according to La Razon, via Sport Witness, who claim that United are willing to stump up €50m to secure his services, with Tottenham Hotspur also cited as an interested party.

Torres is widely regarded as one of the best defenders in La Liga and is also a regular under Luis Enrique at international level. The 25-year-old was especially impressive in United’s Europa League final defeat to the Yellow Submarine last year.

SN’s verdict…
The transfer window doesn’t officially open until later this week but Torres is one of the players you can expect to be frequently linked with a move to Old Trafford.

Should United decide to pursue a move to sign him, Villarreal’s failure to qualify for the Champions League could work in their favour. Their disappointing disappointing campaign was only enough to secure a place in the Europa Conference League qualifiers, a tier below the tournament United will be playing in.

Erik ten Hag will be desperate to sign at least one defender this summer, with United’s tally of 57 goals conceded this season being their worst ever in the Premier League era.