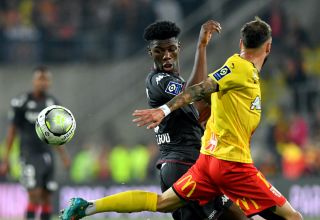 The Red Devils are widely expected to strengthen their defence in the transfer market, with an array of transfer targets hitting the gossip columns in recent weeks.

French newspaper L’Equipe seemingly have reason to believe United are interested in signing Badiashile, as cited by Sport Witness.

The 21-year-old impressed for Monaco last season and has been tipped to move to England in the near future. He has already amassed over a century of appearances for The Monegasques.

Unsurprisingly, given his potential and United’s need for a new centre-back, the rumours are starting but we’ll know over time if there is any truth in L’Equipe’s report.

The video below features audio of Badiashile on French radio admitted that he previously turned down an approach from United, which is not something he regrets.

United need an upgrade at the back and we’ve also been heavily linked with Jurrien Timber and Pau Torres.

Now, it sounds like Badiashile is back on United’s radar.

I suspect the list of Manchester United’s reported targets will continue to grow over the coming weeks.