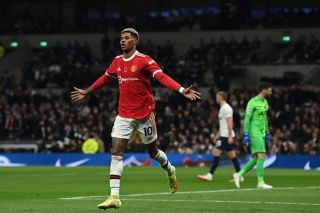 It was revealed in a recent column published on CaughtOffside that the Manchester United star’s entourage held talks with Spurs.

Now, The Times claims Tottenham have been rebuffed in their attempts to sign Rashford in their search for a versatile option up front.

Spurs were told that Rashford was keen to stay at Old Trafford and he plans to impress new manager Erik ten Hag, who replaced interim boss Ralf Rangnick.

Rashford just endured his most challenging season to date, managing just five goals and two assists in 32 games, but fans will hope Ten Hag can help the England international rediscover his best form in a United shirt.

I think it’s ridiculous that pundits like Jamie Carragher have already started to write him off, but what else should we expect from a former Liverpool player?

Rashford’s dip in form hasn’t stopped Tottenham from showing an interest and I’m sure they will be keeping a close eye on his situation at the club, with just one year left on Rashford’s contract.

Let us know in the comments section if you think Rashford can turn things around next season? It would be a huge boost for Erik ten Hag if he could start scoring goals again.

2 responses to “Marcus Rashford turns down opportunity to join Tottenham”