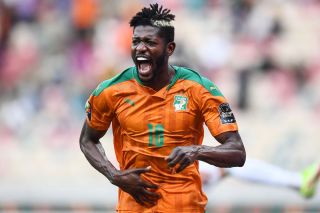 Manchester United have neglected their need for a defensive midfielder for several years now, with the latest player of that ilk to join the club being Nemanja Matic in 2017.

Brazil international Fred came to the club as a box-to-box midfielder but has since been conditioned to play in a two-man midfield, temporarily putting their pursuit of a sitting figure to a halt.

Strengthening their midfield is believed to be the club’s priority in the upcoming transfer market this summer, with Barcelona midfielder Frenkie de Jong thought to be their prime target.

Having previously been linked with several Eredivisie players, there are now reports pairing United with PSV defensive midfielder Ibrahim Sangare.

That’s according to Sky Sports, via Football Daily, who say that United are joined by Chelsea in wanting to sign Sangare this summer, with the player believed to have his heart set on making a move to England. Furthermore, The 24-year-old is said to be ‘convinced’ he will be a Premier League player next season.

Sangare has three years remaining on his deal at PSV but is believed to have a release clause of €35m, which could aid United should they aim to get a deal done quickly.

SN’s verdict…
If it’s not already, a defensive midfielder should be at the very top of United’s to-do list this summer. The departures of Nemanja Matic and Paul Pogba have left a gaping hole in United’s midfield and it was already thin to begin with.

Sangare certainly fits the bill of the type of player Erik ten Hag has been keen to work with in the past and at 24, could be further developed into one of Europe’s best defensive midfielders.