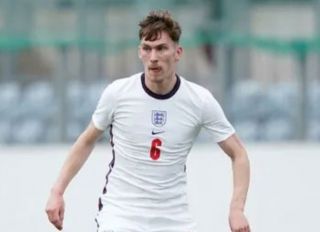 James Garner has had a remarkable season.

From playing a key role in Nottingham Forest’s promotion to the Premier League to helping England U21s qualify for next year’s European Championship finals.

The young Lions booked their place in the competition after a 3-0 win over Albania.

Garner came off the bench in the second half to replace Liverpool’s Curtis Jones.

Sixteen teams will compete in the finals and they are scheduled to kick off in June 2023.

After achieving a lot this season, Garner should be looking at making his breakthrough season for United in the top-flight. The team has struggled for years in midfield and I really think he could get chances under Erik ten Hag.