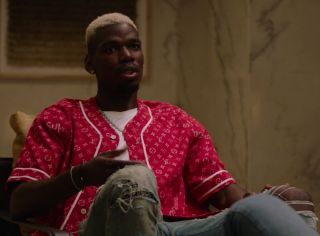 Paul Pogba says he wants to “feel loved” and “appreciated” at his next club after Manchester United announced he would be leaving on a free transfer.

The Frenchman returned to United from Juventus in 2016 and has endured a turbulent time at Old Trafford. In a statement published last week, the club announced that Pogba’s six-year spell would come to an end this summer.

Ultimately, Pogba failed to live up to expectations and he never seemed committed to the cause at United. He will go forever go down as an awful signing made by the club – put into a team that was never fully equipped to win the biggest honours.

United fans are not losing any sleep over his departure and that’s telling. It may also back up Pogba’s suggestion that he wasn’t loved at United. Let’s not forget how he sold us a dream, coming back to Manchester to solve unfinished business, only to leave with more questions than answers.

Pogba, 29, is expected to rejoin Juventus this summer, and while he didn’t confirm the likely move to Turin, he spoke of the importance of enjoying his football again. A clear suggestion that wasn’t the case during his time at United.

Speaking with UNINTERUPTED, Pogba said: “I just want the best for me. I’m thinking, putting everything together, take my time, and I’m just looking for the best, I want to play football, be myself always, and enjoy what I do.

“I need to enjoy what I do because otherwise I cannot perform well. I don’t want to be thinking negatively. We can be losing games, trophies but you have to be happy and enjoy yourself – that’s what I’m looking for.”

As expected, Pogba will drag out a bit of a saga, even though everyone knows he’s heading back to Juventus.

He added: “Everybody wants to feel loved, everyone needs that in your soul to feel appreciated. Everything you do even when you grow up, when you do a good thing you like to hear well done, nice, it’s always been like that even adults we need that. It’s always good to feel the work you do is appreciated that you’re doing well that people are happy with yourself.

“I think people around make a huge difference because they cheer you up or they can bring you down – it can be both – so you need them to bring you up. Sometimes you just don’t feel yourself, that can happen, just someone ‘it’s alright, it’s okay,’ even the people that were on the bench they give you a push and it’s important, important to feel it from your teammates because you can bring it up also.

“I like to talk to the people and be a leader but even a leader sometimes needs his teammates to be encouraged, they need to bring him up. Being a leader it’s helping your teammates to the biggest potential, we can fight but it has to be for the good of the player, the good of the team and he brings the level up, brings the positive energy, people trust him, he trusts the people.

“A leader doesn’t need to score, a leader can be on the pitch, do his job right, pushing each other, sometimes you’re tired and you hear someone ‘come on, come back’ all this stuff, he goes he tackles, at the end we all win together, we need someone to push and bring you up when you’re just down you miss a chance in front of goal, you’re down and someone comes tap your shoulder ‘you’re going to score a goal’ just bring the energy up.”

For someone who likes to talk the talk, Pogba isn’t one for walking the walk – unless he’s arsed. Hopefully Erik ten Hag can sort out the midfield.