Although it was a season we will all want to forget, with United finishing sixth and going a fifth year without a single trophy, but at least we blooded some youth.

Manchester United rank second in the charts for most minutes given to teenagers.

Southampton top the list with an impressive 2,222 minutes, while United are runners-up with 1,527 minutes. Four Premier League clubs didn’t give a single minute to a teenager which is pretty shocking.

Anthony Elanga will take up a chuck on the minutes – I’d imagine over 80% of the 1,527 minutes were given to to the Swede. 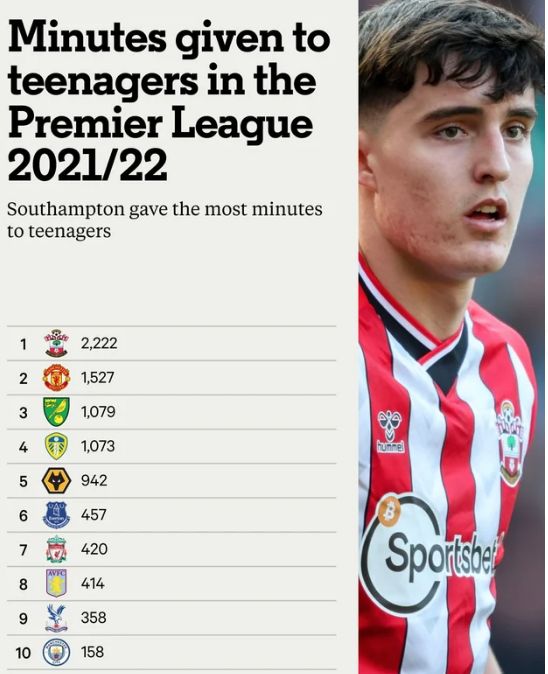 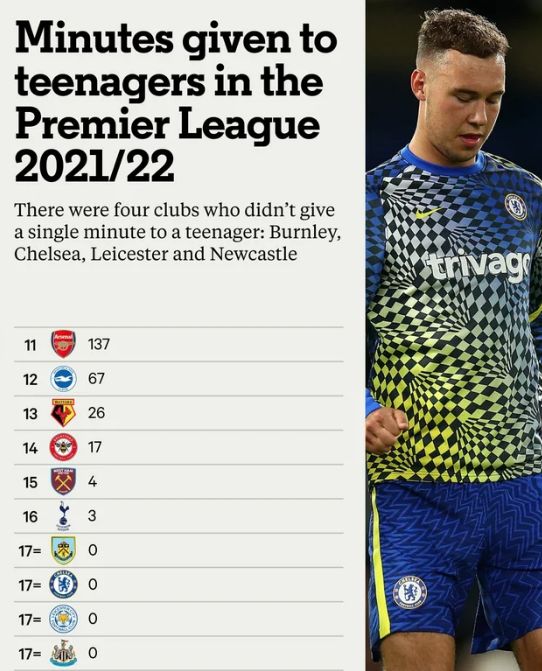 Stats via The Athletic

The rest is made up of Hannibal Mejbri, Shola Shoretire & Alejandro Garnacho.