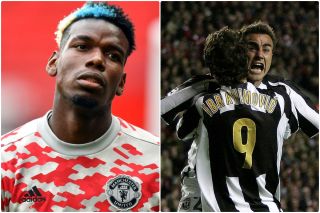 Former Juventus defender Fabio Cannavaro insists that Paul Pogba will be of no use to the Old Lady unless his performances improve.

The French midfielder has run down his contract at Manchester United and he is set to join Juventus again on a free transfer. It was previously thought that Pogba would be a target for a number of top teams, but it sounds like only Juventus are serious about securing his signature this summer.

United have already announced that Pogba will be leaving this summer and you won’t find many United fans upset about that. It says a lot about the relationship they had with the World Cup-winner over the past six years, and it has ended on bad terms.

Juventus are understood to be in talks with Pogba’s entourage, but Cannavaro has warned that the midfielder underperformed throughout his time in England.

The 29-year-old has undeniable talent to do much better and Cannavaro believes he must be at his best to help Juventus.

The 2006 World Cup-winner told La Gazzetta dello Sport, as per Tuttomercato: “Pogba to Juve? I hope to see the real Paul again, the one from the first Juventus experience. He has to find the reasons. The midfielder of recent seasons is of no use to Juventus or France.”

Cannavaro is spot on and a lot of the Italian media has ignored the fact we’ve not seen Pogba at his best.

And none of us have lost any sleep over his departure.