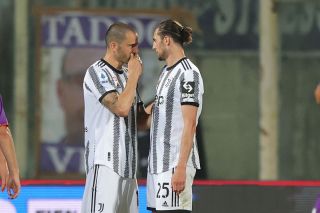 Manchester United are in dire need of midfield reinforcements this summer, with Erik ten Hag likely to place emphasis on improving his side through the middle.

Barcelona midfielder Frenkie de Jong has emerged as one of the club’s top targets this summer but with the Spanish club’s high demands, United could look elsewhere instead.

United’s need for midfielders this summer has been increased by the departures of Paul Pogba and Nemanja Matic – the pair are both set to leave at the end of this month when their contracts expire.

Now, it has been suggested that United are interested in signing Adrien Rabiot from Juventus. That’s according to TuttoMercatoWeb, who say that amid the France international entering the final 12 months of his contract, the Italian club are looking to offload Rabiot.

As per the report, there is interest from the Premier League, with United in particular keen on bringing the 27-year-old in. Juventus are said to value Rabiot at €15-20m.

SN’s verdict…
With each passing day, it becomes ever clearer that De Jong remains United’s first-choice target in midfield and any other players linked will be viewed as backup options.

Ten Hag will, however, not have an infinite budget this summer and he will need to work within his means, with marquee signings made even more difficult by the lack of Champions League football.