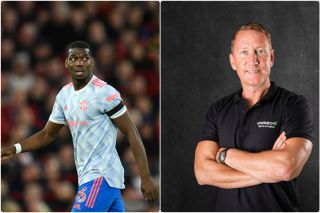 Paul Pogba is leaving Manchester United as a free agent for the second time this summer. Former Arsenal player Ray Parlour has criticised the midfielder over his commitment to the club over the past six years.

United We Stand editor Andy Mitten said it brilliantly on Sky Sports when he explained why United fans are not sad about losing Pogba this summer. There is no doubting his talent but, ultimately, he has never put the required level of work in since returning to the club.

“Sometimes you don’t change. Sometimes I’ve seen Pogba play and I’m thinking ‘come on, liven up a bit’, you know? As a player you’ve got to perform every week, you’ve got to put the effort in every week, and you haven’t seen that from Pogba in a Manchester United shirt.

“Sometimes it just doesn’t work out as a player. It’s a lot of money to spend, he was a big signing for Man United.”