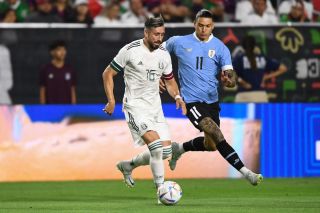 Manchester United are looking to sign a versatile forward this summer and Darwin Nunez is believed to be one of the club’s targets.

Alex Cook reported yesterday that United were putting their pursuit to sign the Uruguayan striker on hold, in order to focus on capturing Barcelona midfielder Frenkie de Jong, and there has been movement in the betting markets.

Last week, United were favourites to sign the Benfica striker, but that is no longer the case as Liverpool lead the race as far as the markets are concerned.

We know that there will be competition for the 22-year-old’s signature this summer and there is a fear that he could pick Liverpool over United for the sake of Champions League football.

There’s also a chance Nunez could buy into Ten Hag’s project at Old Trafford but the club will only find out by holding negotiations with the player and his entourage.

It’s set to be a busy summer for United.

Here are the current front-runners via SkyBet: