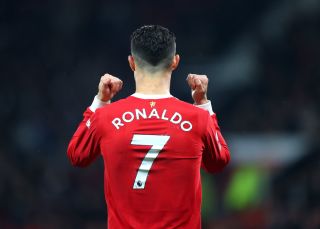 Cristiano Ronaldo has been voted Sir Matt Busby Player of the Year for his performances in a Manchester United during the 2021/22 season.

The 37-year-old returned to Old Trafford last summer and went on to score 24 goals in all competitions.

Even though it was a disappointing campaign for the team, finishing sixth and only reaching the last 16 of the Champions League, Ronaldo served as one of our few shining lights and I am happy to hear that he’s staying for another year to work under Erik ten Hag.

David de Gea is the only other United player to have four Sir Matt Busby statuettes and the goalkeeper was a contender yet again this year.

The Spaniard was voted Players’ Player of the Year for his efforts between the posts.

There can be no denying Ronaldo of his award because he was voted player of the month on five occasions throughout the season: September, October, March, April and May.

We would like to send our congratulations to Ronaldo for winning the Sir Matt Busby Player of the Year award.