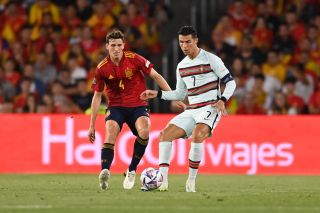 Although Erik ten Hag doesn’t need to take advice from any of us on how he should build his Manchester United team, it makes perfect sense to lay foundations from the back.

Manchester United’s defensive unit performed abysmally last season and I don’t think any of them need to be singled out. Firstly, none of them played well bar Raphael Varane, but his injuries made matters worse. It would also be unfair to pick one of them out as the problem when Harry Maguire, Luke Shaw, Aaron Wan-Bissaka, Diogo Dalot and Alex Telles all looked like they were new to football of a high standard.

With that in mind, there is only so much a manager can do with this group of players, so Erik ten Hag will seek out new defenders in the transfer market. We know that Pau Torres and Jurrien Timber are being looked at as centre-backs, but The Independent believes the latter’s versatility could make him the utility option Ten Hag wants.

Moreover, The Independent’s Miguel Delaney claims Ten Hag is especially intent on a left-footed centre-half and Torres pretty much fits the bill. The Spain international is expected to attract lots of interest this summer, with Tottenham reportedly keen on securing his signature.

United need to make changes this summer and I would welcome the addition of two centre-halves like Torres and Timber. That would see the club make a statement as they start Ten Hag’s squad overhaul.

Let us know in the comments section if you think United will sign both Torres and Timber this summer?