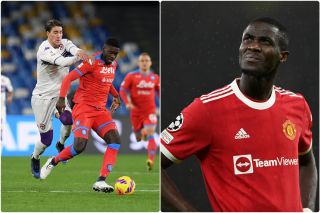 Manchester United are set to offload at least two defenders this summer.

After an abysmal season finishing sixth in the Premier League, new manager Erik ten Hag will work towards improving the team defensively in the coming years.

The Dutchman’s first task is to lead the Red Devils back into the Champions League.

However, Ten Hag needs to sign quality players who are of the right mould to bring United back to the top, but that will take time and our defensive targets as of now include Ajax starlet Jurrien Timber and Villarreal’s Pau Torres.

A recent report from Fabrizio Romano adds that United have decided to try sell two defenders this summer, with Eric Bailly and Axel Tuanzebe set to be sent their marching orders.

Both Eric Bailly and Axel Tuanzebe are set to leave Manchester United this summer – decision made. 🔴 #MUFC

This news is unlikely to come as a shock to the United faithful as both centre-backs are at the bottom of the pecking order as things stand.

Tuanzebe has had two failed loan spells this season at Aston Villa and Napoli, so it doesn’t look like he has a chance of earning a starting role under the new boss.

The academy graduate went on loan to Aston Villa in August, where he started only six Premier League games, before joining Napoli in another loan move midway through the campaign. He only started one match in Italy and played just 10 minutes in Serie A.

Meanwhile, it was well documented by The Athletic that Bailly had been frozen out if the squad by Ralf Rangnick, which means the Ivorian will never reach the potential he came with from Villarreal in 2016.