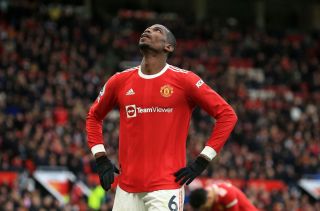 Paul Pogba is edging closer to returning to Juventus this summer.

Manchester United confirmed that Pogba would be leaving the club later this month as his second stint as a Red comes to an end.

The Frenchman is expected to sign a three year deal with Serie A giants Juventus, who lost out on the Serie A title again this season, but it doesn’t sound like he is running away for the sake of a bigger and better deal.

Goal understands Juventus are willing to pay Pogba an annual salary of €7.5 million (£6.3m) and it would include a number of bonuses to try meet his demands, which is reportedly €11m per year.

That was always going to be a stumbling block for the midfielder after deciding to move on from United. At Old Trafford, it will be argued that Pogba could have got that money and more, but most fans are happy to see the back of him.

Pogba turned out to be a disappointing signing because he never reached any of the heights we expected. To not win the Premier League in his six years at the club shows we’ve underachieved, but United didn’t even compete in a title race during that period. Our best night in Europe came in the Europa League — winning it in 2017.

The report from Goal explains that even with the different in ideas for salary, there will undoubtedly be a romantic element for Pogba to return to Turin.

Let us know in the comments section what you think about Pogba’s six years at United after returning to the club in 2016.

5 responses to “Paul Pogba to take pay cut at Juventus”