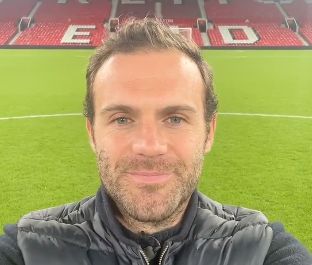 Manchester United has announced Juan Mata will be leaving the club this summer.

The fans have been reacting to the news on social media as they bid farewell to a player who spent eight years at Old Trafford.

Unfortunately, we didn’t get to see Mata at his best, but he was still a wonderful player to watch and there are moments he brought us that will be cherished forever.

His brace at Anfield probably stands out as my favourite but I am sure our readers have others, too.

United have also posted a video of Mata sending a message to the fans.

The 34-year-old records himself standing on the Old Trafford pitch for the last time as a United player.

Mata thanks the fans for all their support over the years and especially throughout the difficult moments.

He said: “From here, from the middle of the pitch at Old Trafford, at night. I’m alone. Actually, this feels like a dream.

“I wanted to say thank you very much to all of you for your support over the years and especially during the difficult times that we lived together.

“I will never forget you. Thank you very much. All the best from the bottom of my heart and goodbye.”

Mata will now leave United as a free agent at the end of the month.

The midfield veteran is expected to have offers in Spain and the United States.