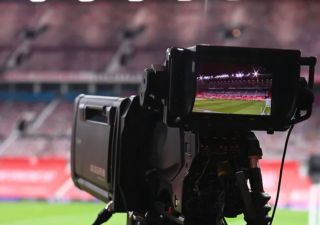 Broadcasters want more access and it sounds like the Premier League clubs are saying enough is enough – until Amazon offers a big cash injection.

It is understood that tensions are growing between top-flight clubs and those who pay vast sums of money for broadcasting rights.

While there are several agreements in place, the broadcasters always find ways to ask for more, and you shouldn’t be surprised to hear that they got more plans to feed their subscribers with more Premier League content.

According to the Daily Mail, Premier League Productions have requested that football clubs send them a five-minute compilation of clips from training sessions which will then be aired to a global audience.

But the report adds that the proposals have been met with resistance before they are to be discussed at the league’s summer summit. It could also be voted on at the event.

The broadcasting companies – presumably Sky and BT – want to provide weekly highlight packages from training. While that is great in theory because fans get to see more from their favourite players, I just want our coaching staff and players to work hard on improving results on the pitch.

Having cameras at the training ground every week sounds like more hassle than it’s worth, so I can understand why some clubs are against the idea.