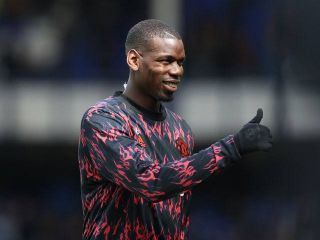 Paul Pogba has made up his mind and he won’t be changing it.

That is according to Italian reporter Aldredo Pedulla, who claims the Manchester United midfielder has decided to return to Juventus when his contract expires this later this month.

There has been lots of speculation surrounding the Frenchman’s future in recent seasons, but we will finally see an end to that this year because it was beyond tiresome to cover as a Manchester United reporter.

Pogba went to Turin from United already at the age of 18, helping the Old Lady win four consecutive Serie A titles, before he returned to Old Trafford for a then-world record fee.

Unfortunately, it didn’t work out in the Premier League for Pogba.

He won no titles and will leave the club under a grey cloud, which is rare for an academy graduate, but he never showed enough determination on the pitch after coming back to United.

Pogba’s nightmare in England is set to come to an end.