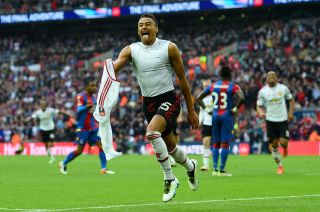 Manchester United have announced that they will part ways with Jesse Lingard when his contract expires later this month.

The 29-year-old will leave the club he has been with since the age of seven.

“We’d like to take this opportunity to thank Jesse for all of the memories he’s helped create during his two decades here and wish him the best of luck in his future career,” United said in a long statement via ManUtd.com.

Lingard made his United debut against Swansea in August 2014 before becoming a regular figure in Louis van Gaal’s side the following season, scoring the winner in the 2016 FA Cup final win over Crystal Palace which will go down as his greatest moment in a Red shirt.

Despite featuring regularly under Van Gaal and Jose Mourinho, the England international fell down the pecking order after Ole Gunnar Solskjaer was name permanent manager.

Lingard even went two years without a Premier League start.

He joined West Ham on loan in January last year and scored nine goals in 16 appearances to help the Hammers secure Europa League qualification. Multiple reports have suggested that the attacker could go back to London or end up at Newcastle United.

Anyhow, Lingard returned from his loan spell to warm the bench at Old Trafford – not just under Solskjaer but Ralf Rangnick too. He only made four starts under the two managers.

Lingard scored 35 goals in 232 games for the Red Devils.

So, now it’s time to say goodbye. We won’t miss his brother’s updates on social media.