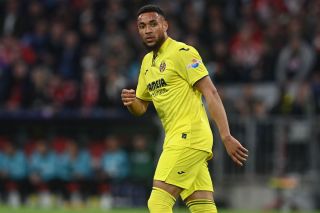 Villarreal winger Arnaut Danjuma has hinted that he could be open to offers from other clubs if they offer ‘a higher sporting platform to play’, after the La Liga outfit reached the Champions League semi-finals this season.

The Dutchman previously played in the Premier League at Bournemouth before joining Villarreal last summer, and he has enjoyed a stellar campaign, amassing 20 goal contributions in 34 games across all competitions this term.

On top of that, Danjuma became Villarreal’s leading scorer in the Champions League, but he has also had his struggles with injuries.

I am told Danjuma is in England “on holiday” 👀 … nothing concrete from Manchester United as of yet but there is an appreciation. #MUFC https://t.co/vJQUXbZ2E1

According to a recent report from the Daily Mail, United are still monitoring Danjuma despite splashing out the cash to sign Jadon Sancho last summer.

“I always know about my situation after the season, I don’t want to be involved at all during the season. But I was informed that Liverpool was following me closely,” Danjuma told Ziggo Sport, as per Voetbal Primeur.

“I’ll never lie: I think it’s a bad quality if you’re not ambitious.

“And if a club came along that offers me a higher sporting platform to play, I should always consider it.”

Do you want Danjuma at United this summer? Let’s get a discussion going in the comments section below.