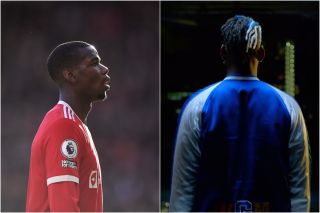 Paul Pogba, who is out of contract next month and is expected to leave Manchester United on a free transfer for the second time in a decade, has announced the release of his own documentary.

The 29-year-old played his final game for Manchester United in April and is yet to speak out on his future but the midfielder has now confirmed that his documentary, The Pogmentary, will be available to stream on June 17th.

The former Juventus star announced the news on his social media feeds with a trailer, which seems to hint that his departure from Manchester United will take centre stage in the film.

You’ll struggle to find Manchester United supporters who will be queuing up to watch the documentary. In truth, the diabolical timing of it sums up his six years at the club to perfection.