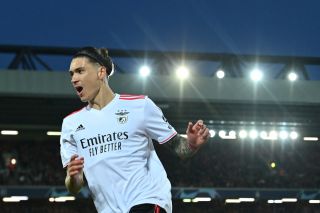 Manchester United fan, insider and podcaster Phil Brown has been a reliable source for information on the football club for years. He has named three players he believes United are targeting in the transfer window this summer.

We’ve done many podcasts down the years and I have always found it an enjoyable experience to work with Phil.

In a recent tweet, Phil claims United are still “very interested” in Frenkie de Jong, Jurrien Timber and Darwin Nunez. He adds that the club are making progress on multiple targets but noting is imminent.

Utd are still very interested in De Jong, Timber and Nunez. Whilst nothing is imminent Utd are making progress on multiple targets.

All three players would help improve the team, but we still need more additions in midfield, especially if we are to finally find a younger alternative to Nemanja Matic. The Serb is leaving this summer and it would make sense to replace him, but De Jong is not the sort of midfielder to do that.

Questions are being asked whether De Jong really wants to join United and that is never a good sign.

Let us know in the comments section who you would like to see United sign this summer?