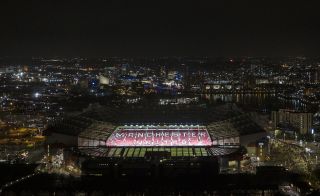 The club has made a number of changes to its football department after years of criticism for leaving a banker, Ed Woodward, steer the ship. It is well documented at this time that the Glazer puppet made big decisions that he should’ve been nowhere near.

Thankfully, that is yesterday’s news and we can start to hope that there will be change at Old Trafford, however not the change we all want.

In an ideal world, the Glazers would sell up and there would be a number of potential bidders, who want to give the club back to the fans.

O’Boyle’s job at United will be to provide support to John Murtough, Football Director, in driving the club’s football strategy across the first team, Academy and women’s team.

“We are delighted to welcome Andy back to Manchester United to take up this important role in the club’s leadership,” said Murtough, as per the club’s official website.

“Andy has experience across all technical areas of football, from fitness and sports science to scouting and recruitment.

“This will make him a valuable addition to my team at Carrington as we continue to strengthen leadership and strategic planning across all our football activities.”

People will be quick to jump to the fact O’Boyle has previous experience working at Liverpool, but this appointment actually marks a return to Carrington for the former Head of Elite Performance at the Premier League.

In fact, it has been 16 years since he served as a coach in our Academy, working with young players like Marcus Rashford.

We wish him every success at United and hope he can deliver without being held back by the Glazers and their puppets.