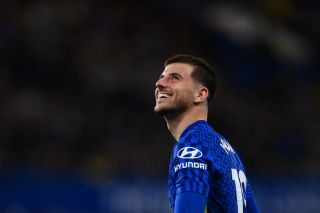 The takeover of Chelsea was completed earlier this week but the sanctions placed on the club have led to several of their players being linked with moves to Manchester United.

Earlier this year, out-of-contract defender Antonio Rudiger was linked with a move to United but he is now believed to be closing in on a transfer to Real Madrid.

United’s need for a defensive midfielder has not gone unnoticed, with reports emerging last week that a move for N’Golo Kanté was under consideration.

Now, it has been claimed that Erik ten Hag, United’s new manager, is keeping tabs on Mason Mount, who has just two years remaining on his contract at the London club. That’s according to The Sun, who say that he’s monitoring the situation and that a shock move is under consideration.

The England international is said to have been in talks over a new contract but amid the dramatic sale of Chelsea, talks over fresh terms have stalled.

As per the report, Ten Hag was impressed by Mount in his season-long loan at Vitesse five years ago, with the 23-year-old going on to become a regular for both Chelsea and England.

SN’s verdict…
A move for Mount is highly unlikely and Chelsea will do anything to keep their biggest star at Stamford Bridge. Despite being no closer to extending his stay, Mount’s connection to Chelsea’s roots makes it hard for any club to swoop in.

Furthermore, attacking midfield is the one position that United are unlikely to strengthen this summer, with Bruno Fernandes’ stocks remaining sky-high.

The 27-year-old recently signed a new long-term contract and is likely to be a started under Ten Hag.