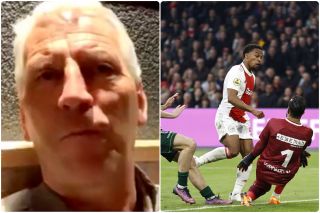 The rumours linking Timber to United have intensified in the past week, with The Guardian reporting that talks are underway between the two clubs, while Ajax value the 20-year-old at £43 million.

However, Timber is said to have a proposal on the table to extend his stay at Ajax, and he broke his silence on the speculation earlier today while away on international duty with the Netherlands squad.

According to Dutch football expert Marcel van der Kraan, speaking to talkSPORT, Timber looks set to sign for United and that could see him become our first signing under Ten Hag.

“I’m absolutely convinced Ten Hag will get Timber in at United.”

Van der Kraan adds: “I think the player has already made his mind up. He will join Ten Hag.”

🚨 “I’m absolutely convinced Ten Hag will get Timber in at #MUFC.”

🔥 “I think the player has already made his mind up. He’ll join Ten Hag.”

Timber won two Eredivisie titles under Ten Hag and could reunite with a coach he trusts this summer.

It could be a fantastic move for his development, but we’ve signed so many players in recent years only to see them go backwards.

United fans will hope Ten Hag and his coaching staff can fix that.