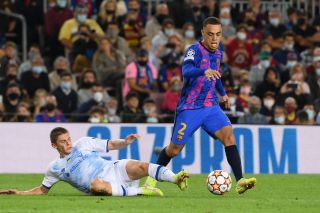 Manchester United are expected to sign a new full-back this summer and according to recent reports, one player who has already been offered to the Red Devils is Barcelona’s Sergino Dest.

That’s according to a recent report from TeamTALK, who claims the young USMNT international has been pitched to United’s decision-makers ahead of a potential summer deal.

Signing from Ajax in 2020 in a deal worth £19m, Dest, 21, has played an important role, particularly domestically, where, since his arrival, has started 40 La Liga games.

Speaking last year about the potential Dest has, legendary full-back Dani Alves told reporters that the young American prospect is a ‘great player’ and one who can develop even further.

However, despite his presence in Xavi’s first-team plans, recent reports have suggested the 21-year-old could be eyeing a move to England’s top-flight. 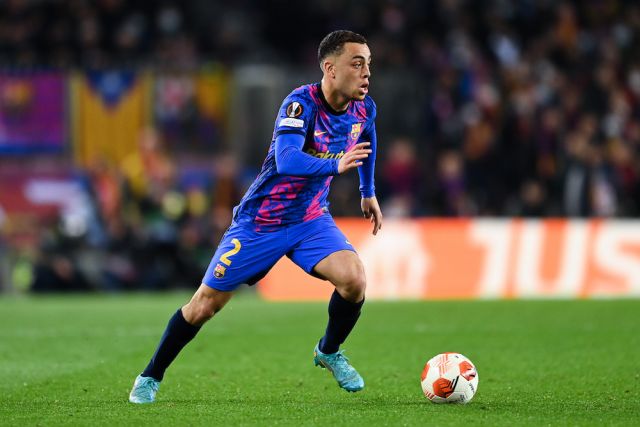 Sergino Dest in action for Barcelona.

TeamTALK reported earlier this year that Leeds United manager Jesse Marsch has made Dest one of his summer priorities with the Express adding that Chelsea is also interested in the American.

Despite the strong interest being shown in the young full-back, these latest reports suggest the player, and perhaps his representatives, are keen to secure a move to Old Trafford. Whether or not United is equally as keen remains to be seen though.

Dest, who has three years left on his deal at Barcelona, has featured in a total of 72 matches, across all competitions, directly contributing to seven goals along the way.