Manchester United are blessed to have two great goalkeepers on their books. However, with that, comes its problems and the Red Devils must find a summer solution in order to keep both David De Gea and understudy Dean Henderson happy.

De Gea, 31, has been a long-standing servant of the club and with his form, at times, appearing to be back to its best, looks to continue at Old Trafford for some time yet.

Henderson, 25, on the other hand, has struggled to wrestle the club’s number one jersey away from his Spanish counterpart and after barely featuring this season, is a leading candidate to be sold this summer.

Should Henderson find his long-term future at a new club, United will undoubtedly need to bring in a cheaper alternative and one that is more willing to accept a backup role. 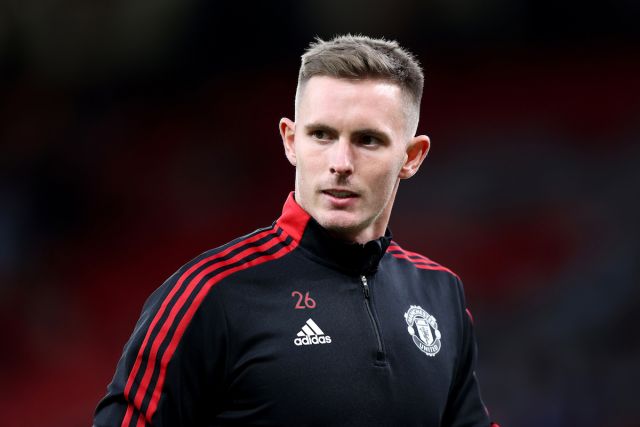 Dean Henderson has barely featured for Manchester United this season.

According to a recent report from Spanish outlet AS, one player who fits the bill perfectly is Valencia shot-stopper Giorgi Mamardashvili.

Speaking earlier this year, the 21-year-old Georgia international revealed how keen he is to fulfil his potential.

“I want to be a better goalkeeper in the future and I want to take advantage of the opportunity they have given me,” the young keeper told Valencia.

AS claims United have already made contact over a possible £13m (€15m) deal but faces competition from the Los Murcielagos, who is thought to be desperate to extend his deal beyond 2024.

In an effort to convince the 21-year-old to make the switch to Old Trafford, United could be willing to make the youngster their regular Europa League number one – a role former keeper Sergio Romero played while working under ex-boss Ole Gunnar Solskjaer.

Since joining the La Liga side from Dinamo Tbilisi last year, Mamardashvili has gone on to feature in 21 senior first-team matches and is credited with keeping nine clean sheets.