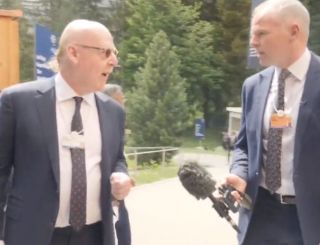 Manchester United unveiled Erik ten Hag as their new manager on Monday, with the Dutchman now involved in plans ahead of next season, and Avram Glazer has now commented on the appointment.

The summer transfer window will be more important than ever before for United, after going five-years without winning a piece of silverware. On top of that, Ten Hag is set to lose an array of players when their contracts expire next month.

Glazer has confirmed that money will be available to spend in the summer, but he didn’t want to talk about United’s disappointing season. They only care about one thing and that’s making money.

He told Sky Sports (via Manchester Evening News): “I don’t think it’s time to talk about it.

“Yes, it is a disappointing season, disappointing for everyone and we’re going to work hard to make the next season a better season.

“Yes [Erik ten Hag is the right man], that’s why we hired him to do the job. And we’ve always spent the money necessary to buy new players.”

In Glazer’s brief interview, we’ve spotted two mistakes – some may even call them lies.