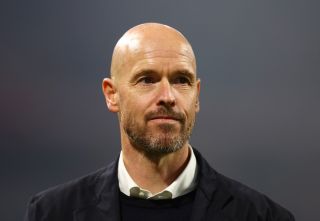 Erik ten Hag believes it’s a must for a club like Manchester United to secure Champions League football in his very first season in charge.

In one of his farewell interviews, after leaving Ajax, the Dutchman said: “I would’ve liked to be active [in the Champions League] myself, but sadly that’s not the case.

“It’s a greater challenge because the league is much better and obviously being responsible for the football achievements demands a lot from someone and requires the necessary qualifications.

“The demands are high. I can’t wait. My time at Ajax will definitely help me.

“That must be a lot [of faith in himself] when the world is on fire you must stay calm and make the right choices.”

That very last line sums up why I think United have made the right decision by appointing Ten Hag, and he hasn’t shied away from the task at hand, which is to make United a force in Europe as well as England again.

It’s great to see he has already clear ambitions ahead of his debut season at Old Trafford.

We just need to sit back and hope he gets the right backing in the transfer market this summer.