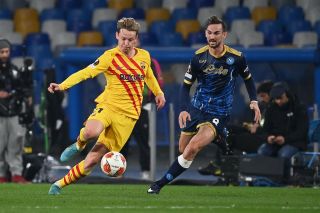 Manchester United are taking a more disciplined approach in their approach to spending money on footballers this summer, according to reports.

It has been well documented that new manager Erik ten Hag likes the idea of signing Frenkie de Jong from Barcelona, but the Catalan giants want over £70 million for the midfielder.

De Jong is a world class talent, but he has struggled in a new system under Xavi this season. That is why Ten Hag is trying to open another door for him at Old Trafford.

According to Chris Wheeler, a journalist from the Daily Mail, United have told Barca that they ‘won’t blow their transfer budget’ by spending £70m on De Jong.

The report adds: “A compromise remains some way off. United made it clear to Barca and De Jong’s representatives that they cannot commit such a slice of their transfer funds to the Holland star.”

Meanwhile, it is believed that De Jong is keen to stay at Camp Nou, but his reported preference would be to join a club in the Champions League if he leaves Barca.

It doesn’t really sound like De Jong is keen on joining United, does it? We need to make sure we sign the right players this summer rather than another Angel Di Maria.

Let us know in the comments section what you think about the Netherlands midfielder as a potential summer signing.